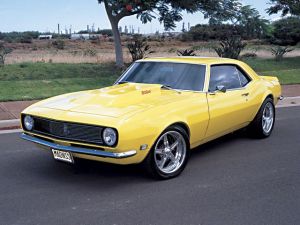 He formerly worked at McCartney Produce as a supervisor for 30 years.  He loved mowing yards on his John Deere mower and taking care of his grandchildren.  Dale was an avid collector of old cars, his favorites being his 1980 Chevrolet Corvette and his 1973 Buick Regal.  He was a member of Puryear Baptist Church.

He was married August 23, 1985, to Myra Kirkendall Overby, who survives, of Puryear, TN.

Along with his mother and wife, he is also survived by one daughter, Desiree Dykman of Paris, TN; one son, Dalton Overby (Courtney Jordan) of Camden, TN; and four grandchildren, Devan Overby, Allysson Dykman, Paighton Dykman, and Keegan Dykman.

In addition to his parents, he was also preceded in death by one sister, Teresa Marie Elkins; and two brothers, Brian “Earl” Overby and Stephen Lynn “Stevie” Overby.

Burial will be in Bevil Cemetery in Paris, TN.