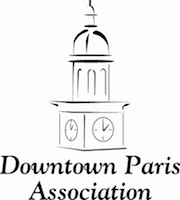 Gaines was a self-employed marketing consultant. He formerly was an insurance agent for many years, and also formerly worked for both WTPR and the Paris Post-Intelligencer. He was a graduate of Grove High School class of 1969 and Graduated from Union University in 1973 where he was a member of the Lambda Chi Alpha fraternity. He was an Eagle Scout and a former Scout Master.  Gaines was a very active member of the Downtown Paris Association. He was a past president of the Paris-Henry County Chamber of Commerce and was named Person of Year in 2010. Beginning in 2012, Gaines took great pride in working with Charles Hopkins at the Toggery thru its 100th anniversary and the sale of the business to its new owners.  Gaines will be remembered as a true ambassador for the city of Paris and Henry County, a community he was so proud to call home.

Born November 13, 1951, in Paris, TN, he was the son of the late Gaines Dalton Hedges and the late Nettie Beatrice Nanney Hedges.

Arrangements will be handled by Ridgeway Funeral Home, 201 Dunlap St., Paris, TN, 38242.  He is to be cremated.   A Celebration of Life service will be held Sunday, January 27, 2019, at 3:00 pm at First Christian Church with Cory Glover officiating.  Memorial Visitation will be Sunday from 12 - 3 pm at the church.