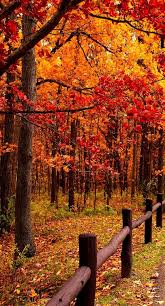 John graduated from E.W. Grove High School in 1962 and attended the University of Tennessee at Martin.  He held many roles and careers during his 75 years including:  Shelton’s Food Market, a meat processing plant, Cumberland Beverage Company, Mohon, among others.  John’s greatest roles were those of a loving husband, father, grandfather, great grandfather, and friend.  He was eager to teach and knowledgeable of travel destinations, history, culture, and technology.  One of his most favorite places to visit was the Smoky Mountains.  He formerly attended First Baptist Church in Paris.

John was born July 20, 1944, in Cairo, IL, to the late Mary Evelyn Scheel Shelton and the late Joe B. Shelton.

In addition to his parents, he was also preceded in death by one brother, Carl Ray Shelton.

To send flowers to the family or plant a tree in memory of John R. Shelton, please visit our floral store.