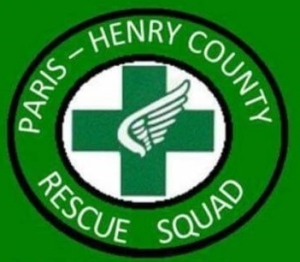 He retired as a welder and fabricator after many years in Henry County and the surrounding area.  Gene was active in the Paris-Henry County Rescue Squad for over 26 years, serving as Chaplain for most of that time.  He was also a minister for many years, and a member of Christ Gospel Church in Camden, TN.  Gene loved his family very much, especially his grandchildren.  He enjoyed woodworking and was an avid gun and knife collector.

Gene was born June 19, 1940, in Sikeston, MO, to the late Leslie “Slick” Lambert and the late Sibble Marie Hampton Lambert.

In addition to his parents, he was also preceded in death by one sister, Anna Sue Mead; and two brothers, Carl Lambert and Randall Lambert.

Serving as pallbearers will be members of the Paris-Henry County Rescue Squad.

Burial will be in New Hope Cemetery in Hollow Rock, TN.

To send flowers to the family or plant a tree in memory of Leslie Eugene "Gene" Lambert, please visit our floral store.