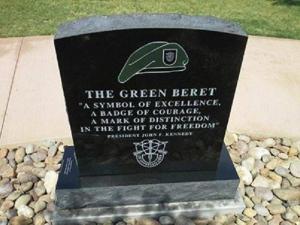 He was a retired row crop farmer after working 38 years at Furches Farm in Murray. Rudy served 12 years in the US Army as a Military Policeman. He also was a green beret where he served in the special forces during the Vietnam War. He was Christian in belief.

Born October 21, 1948, in Senathe, MO, he was the son of the late Milford B. Johnson and the late Anna Mae Johnson.

He was married on December 22, 1972, to Nancy Carol Wade Johnson, who survives of Murray.

In addition to his parents, he was also preceded in death by two brothers, Ronald B. Johnson and Ricky Paul Johnson.

To send flowers to the family or plant a tree in memory of Rudy M. Johnson, please visit our floral store.