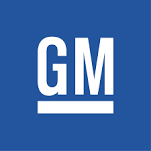 Jerry was a retired forklift operator for GM. He worked 38.9 years total at GM. He enjoyed fishing, trains, collecting car memorabilia, and discussing politics, especially dealing with his democratic party.  He loved his children and grandchildren very much. Jerry was a member of Russwood Baptist Church.

Born October 1, 1938, in Pontiac, MI, he was the son of the late Charles B. Hamilton and the late Edith Gerlach Winer.

He married the love of his life Bertie Marie Freeman Hamilton on October 19, 1957 and has grieved her death much since her passing on March 29, 2017.

In addition to his parents and wife, he was preceded in death by a son, Randall Hamilton, and a brother, David Hamilton.

Arrangements are being handled by Ridgeway Funeral Home, 201 Dunlap St., Paris, TN 38242.  Due to the Covid-19 pandemic, the family has requested that all services will be limited to family members only in attendance.

Family members will serve as pallbearers.

Burial will be in the Hillcrest Memorial Park.

To send flowers to the family or plant a tree in memory of Jerol Max "Jerry" Hamilton, please visit our floral store.