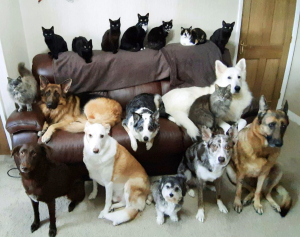 She was a member of First United Methodist Church where she was a former Bible School and Sunday School teacher.  Leigh worked as a speech pathologist at Paris Speech & Language Clinic where she dearly loved all of her students.  She was an avid lover of animals and dearly loved spending time with her family and friends.

Leigh was born January 9, 1970, in Martin, TN, to Larry and Patricia Taylor, who both survive, of Martin, TN.

Along with her parents and husband, she is also survived by her two daughters, Taylor Beth Nanney and Emily Nanney, both of Paris; one sister, Lynn (Matt) Vincent of Martin, TN; one niece, Katie Vincent; one nephew, Drake Vincent; father-in-law, Warren Nanney of Hopkinsville, KY; and one brother-in-law, Chris Nanney of McKenzie, TN.

To send flowers to the family or plant a tree in memory of Leigh Taylor Nanney, please visit our floral store.

A Memorial Tree was planted for Leigh Taylor