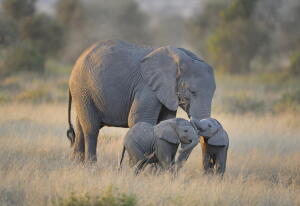 He was a member of Bethesda United Methodist Church in Paris, where he was present most every time the doors were open.  Michael loved animals, especially elephants, and enjoyed visiting zoos anytime he got the chance.

He is survived by his cat, Charlie; his Bethesda UMC family; two aunts, Dorris Perry of Huntingdon, TN, and Ruth Taylor of Paris; and several other cousins.

Burial will be in Walker Cemetery in Paris.

In lieu of flowers, memorials may be made to:  Henry County Sheriff’s Office Animal Shelter, PO Box 639, Paris, TN 38242 or to any charity providing for the care of animals.

To send flowers to the family or plant a tree in memory of Michael Dale Perry, please visit our floral store.