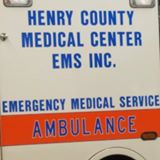 Mike began working as an emergency medical technician in 1986. He received his paramedic certification in 1990 from Jackson State Community College and became Henry County EMS director later that year and served that post from 1990 until 2013.  He received the President's Leadership Award twice from the Tennessee Ambulance Service Association in 2005 and 2008.  He also received TASA’s Ambulance Director of the Year Award in 2005.  He was also awarded HCMC’s Kathy Townsend Leadership Award for his work modeling the county’s first responder program and increasing the number of automatic defibrillators in the area.  In March 2014, he was presented with the Loyal Patriot Award by the Henry County Commission.  He was also honored with a proclamation by the Henry County 911 Board, which he served on for 22 years prior to his retirement, including several years as vice chairman.  He was currently serving on the board of the Paris Landing Volunteer Fire Department and was a member of the Church of Christ.

Born October 23, 1956, in Paris, he was the son of the late George Wyatt Shankle and Joan Scott Shankle, who survives, of Paris.

Memorials may be made to:  St. Jude Children’s Research Hospital, or the Paris Henry County Animal Shelter.

To send flowers to the family or plant a tree in memory of Mike Shankle, please visit our floral store.