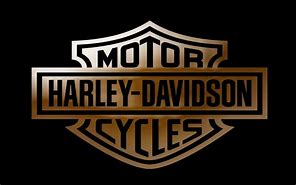 He retired in 2008 after several years as a machinist for Caterpillar Tractor Company.  Rick enjoyed telling jokes and riding his Harley Davidson motorcycle.  He was an avid collector of arrowheads, an herbologist, and was a very simple man.

Rick was born January 26, 1956, in Elizabethtown, KY, to the late Herbert Albin and the late Mary Jo Clemons Vogt.

He was married October 8, 1988, to Kimberly Stephens Albin, who survives, of Paris.

Along with his wife, he is also survived by one daughter, Jean (Chris) Epperson of Paris; two sons, Terry Albin of Mesa, AZ, and Ryan Albin of Somonauk, IL; four grandchildren, Ashley (Travis) Jones, Natasha Perry, Quinn Epperson, and Zaggan Albin; one niece, Amy (Craig) Whisenant of Yorkville, IL; and one great niece, Paige Russell of Yorkville, IL; a brother-in-law, Keith (Tina) Stephens and their daughter Kyla, of Earlville, IL.

In addition to his parents, he was also preceded in death by two brothers, Dwight Albin and George Albin.

Arrangements are being handled by Ridgeway Funeral Home, 201 Dunlap Street/PO Box 788, Paris, TN 38242.  A memorial gathering & time to share stories will be held Thursday, May 26, 2022, from 5:00 pm – 7:00 pm at Ridgeway Funeral Home.  The family wishes for stories and fond memories of Rick to be shared during this time.

To send flowers to the family or plant a tree in memory of Rick Albin, please visit our floral store.

A Memorial Tree was planted for Rick