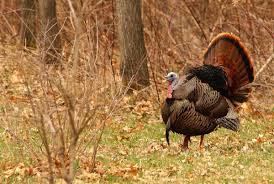 He was a graduate from Gradwell University of Health Services. After graduation he worked for Benton Hospital, in Benton, KY. He then moved to Paris, where he worked at the Chesemore Clinic. Roger then started working for UPS, at the Paris  Hub where he retired as Hub Manager after 23 years with UPS.  He was a member of Temple Baptist Church in Paris.  Roger was an avid hunter and fisherman and a member of the National Wildlife Turkey Federation, and the Tennessee River Longbeards.  He loved his family, especially his grandchildren.

Roger was born February 12, 1945, in Ellington, MO, to the late John Isaac Buffington and the late Freeda Fox Buffington.

He was married June 5, 1965, to Jane Rowlett Buffington, who survives, of Paris.

In addition to his parents, he was also preceded in death by two brothers, Richard Buffington and Charles Buffington.

To send flowers to the family or plant a tree in memory of Roger James Buffington, please visit our floral store.