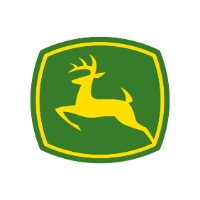 He was the owner of Blueberry Acres in Henry, and the former owner & operator of a manufacturing company in Arkansas and Tennessee.  Tom loved fishing and walking on his farm.

Tom was born May 22, 1950, in New Brunswick, NJ, to the late Edward Kenny and the late Jean Hoover Kenny.

Arrangements are being handled by Ridgeway Funeral Home, 201 Dunlap Street/PO Box 788, Paris, TN 38242.  The body is to be cremated with no services planned at this time.

Memorials may be made to the ALS Association – Tennessee Chapter, 739 Old Hickory Boulevard, Suite 257, Brentwood, TN 37027.

To send flowers to the family or plant a tree in memory of Thomas Patrick "Tom" Kenny, please visit our floral store.

You can still show your support by sending flowers directly to the family, or by planting a memorial tree in the memory of Thomas Patrick "Tom" Kenny